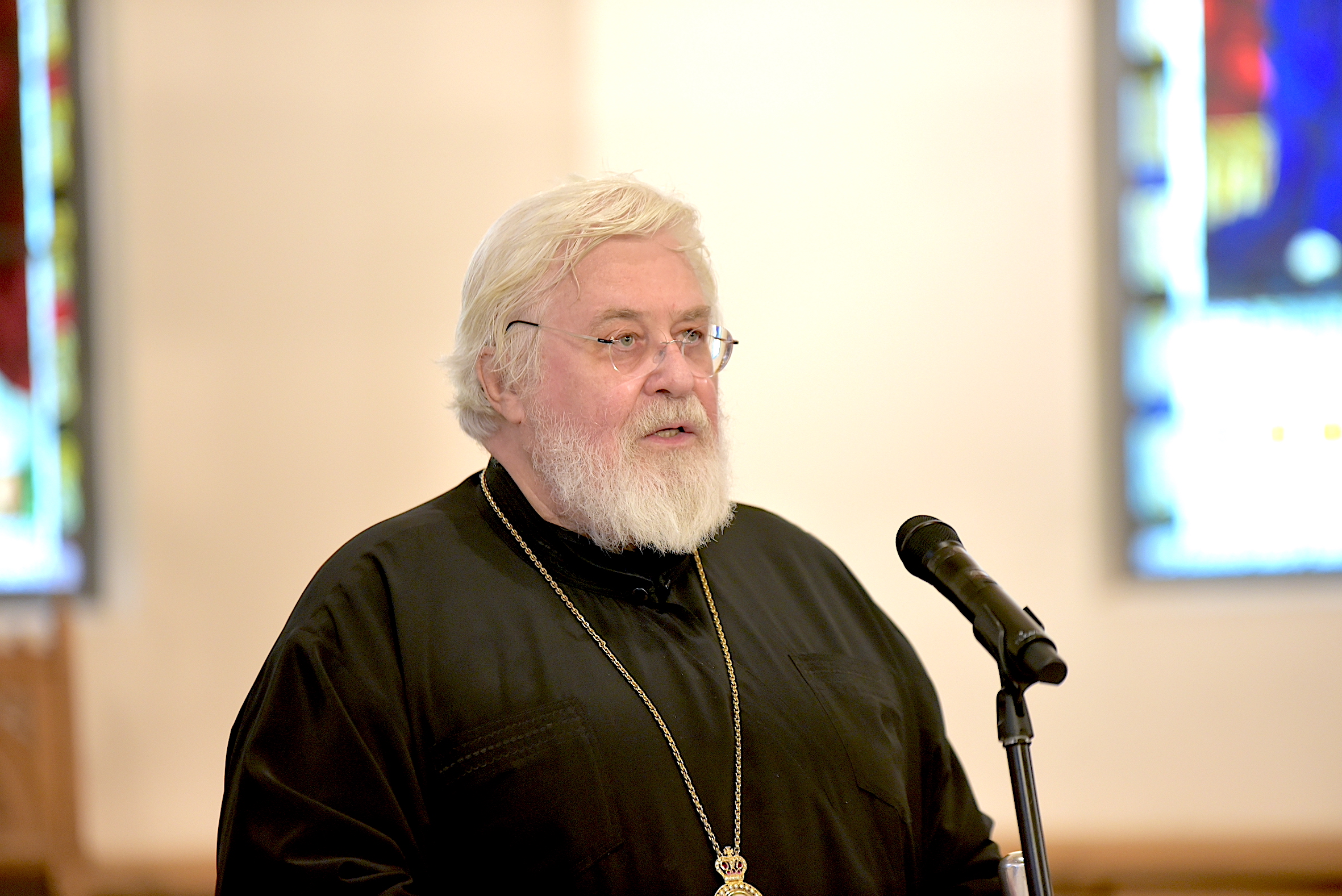 Beloved brothers and sisters in Christ!

We have gathered together today as Finnish representatives of our respective churches to express our opposition to the evil brought about by the Russian hostilities and the inhumane suffering that they have caused on European soil. We have prayed for peace, since it would be wrong for us as servants of the Church to respond to hatred and oppression with further hatred. The message of the hymn that we have just sung, proclaiming the Resurrection and victory over death, has re-echoed more forcibly than ever this Eastertide. Easter is above all a joyous feast, but this spring we have been moved more to tears as our defences against grief have been stretched to the limit.

It is unnecessary here to list all the satanic crimes against humanity that the Russian forces have committed in Bucha, Irpin, Mariupol and other places, for we can read about them every day in our newspapers. The important thing is that through these atrocities people deny the role of God as their creator and lose the sense of direction that this gives to their lives, thus breaking off their relationship to their inner selves and to other people. It is a waste of time for such a person to try to hide these deeds from the public eye, let alone from the sight of God, under heaps of soil or rubbish bags. God knows the Ukrainian martyrs by name.

The act of turning one’s back on the truth will end before long in frustration. The truth will always come out eventually. The Holy Spirit is active wherever truth is respected, and I wish to point out in this connection that Patriarch Kirill, as head of his church, by no means represents the truth. His attitude towards the current war is quite simply a falsehood and contrary to the Church’s teachings. It is impossible to condone or bless a war against one’s brother! The Orthodox faith cannot be subordinated to questions of ethnic identity or nationalistic aspirations.

Christians have an enormous task ahead of them, and a very difficult task at that – to resist the temptation to give in to the conveniences of the physical world, to challenge popular conventions and to recognize and acknowledge evil. We have been called to wage a constant and eternal campaign against evil, even though that campaign may at times seem futile. Christians must be prepared to suffer for the sake of this calling, for if they do not do so they will cease to be servants of the Church.

I would not have wished to begin my address today from the standpoint of evil. We should never set out from the notion of evil, for then it will leave us blind and in bondage. Evil is a scar on the face of the world. But even scars cannot hide the beauty of a face, and I still believe that the world is fundamentally good and beautiful. An attitude alone will not suffice, however, to enable us to see the original good in creation. We need faith.  Faith is an attitude towards life in which we grow little by little in small steps punctuated by crises and temptations. As is said of Jesus Christ himself in the Letter to the Hebrews, “although he was a Son, he learned obedience through suffering” (Hebr. 5:8). When everything seems to be lost, homes have been destroyed, the ground has been scorched and the bombs have left craters, it is then that God is extremely close.

Coffee and Orthodox Spirituality event in Tikkurila Orthodox Church 24.4.- At the same time, food and cleaning supplies for Ukrainian refugees can be brought to the church

Welcome to pray for peace in Ukraine on 18.4.