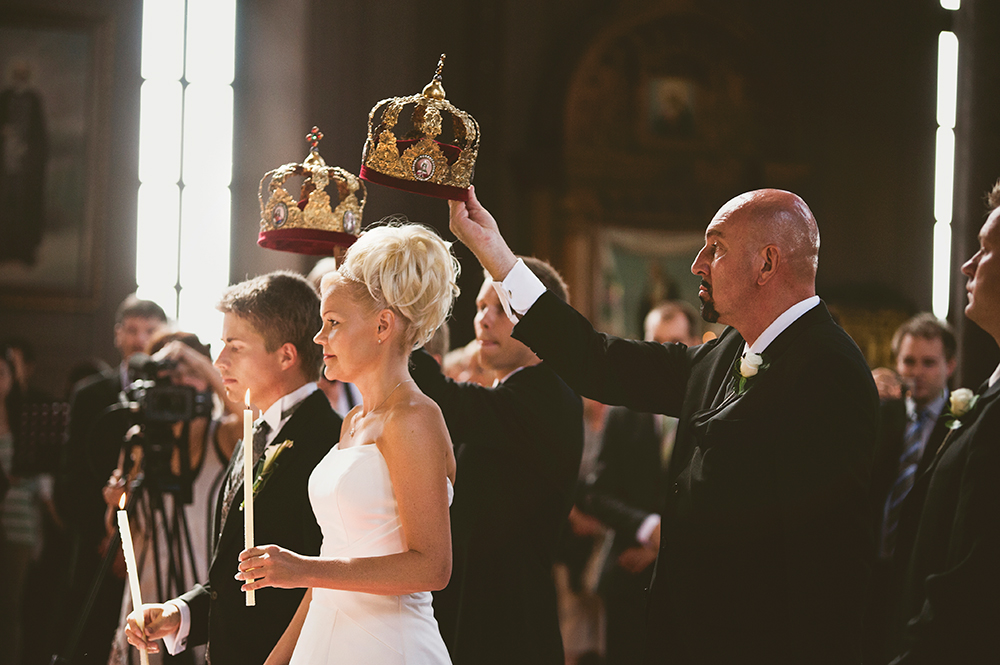 In Finland, the Orthodox Church may marry two baptized members of a Christian community, provided that at least one of them is a member of the Orthodox Church. If the marriage is performed by, for example, a government official, the marriage may be blessed with a short prayer service. Before marriage, an investigation of any impediments to marriage must be carried out by the local register office. You can request for an investigation also through the parish customer service. In this case, both members of the couple must be present. The investigation will enter into force approximately one week after making the request, and it is valid for four months after it has been issued.

You can agree on the date of the wedding by contacting the parish’s on-duty priest.

You can discuss the wedding ceremony and practical issues more in detail with the priest performing the ceremony.

The investigation of impediments to marriage must be requested at least one week before the wedding day.

Contact the on-duty priest to reserve a wedding date. You can discuss the wedding ceremony and practical issues more in detail with the priest performing the ceremony.

Make sure that the bride and groom each have 2–3 crown bearers.

The wedding ceremony consists of two parts: the Betrothal Ceremony and the Crowning Ceremony.

After the betrothal ceremony, the priest asks the couple, “Do you, N.N., with serious intent and out of your own free will, want to take this N.N standing here beside you, to be your lawfully wedded wife/husband?” The groom/bride should answer, “Yes, honorable father.” After the questions have been asked and answered, the priest solemnly escorts the couple, who are both holding candles, before the analogion set in the center of the church, on top of which the Gospel Book and a cross have been placed.

After the betrothal, the actual marriage ceremony – the crowning – is performed. Some parts of the crowning ceremony are similar to the Divine Liturgy. Even today, two persons of the Orthodox faith may be married during the Divine Liturgy. During the third marriage prayer the priest joins the couple’s hands together. This is followed by the crowning, which is done either with actual crowns kept in the church, or, as per the oldest tradition, with flower wreaths. If crowns are used, crown bearers are needed for both the bride and the groom from this moment until the end of the ceremony. The crown bearers hold the crowns above the couple’s heads. Two or three crown bearers for the bride and the groom each are usually enough.

After the crowning ceremony, the priest reads the epistle (Ephesians 5:20-33) and the Gospel (John 2:1-12). After reciting the Lord’s Prayer, the priest blesses the cup of wine and gives it to the bride and groom, who both take three sips from it. After the common cup ceremony, the priest leads the couple three times around the Gospel Book as a symbol of joy, eternity and commitment to the teachings of the Gospel. After this, followed by blessings, the bride and the groom remove the crowns from their heads, and the priest leads the couple before the holy doors of the altar, where the ceremony ends with the priest’s speech about marital life and wishes of many happy years to come. At the end of the ceremony, the couple receives congratulations and well-wishes in front of the altar.