The Orthodox Parish of Helsinki is the largest Orthodox parish in Finland. 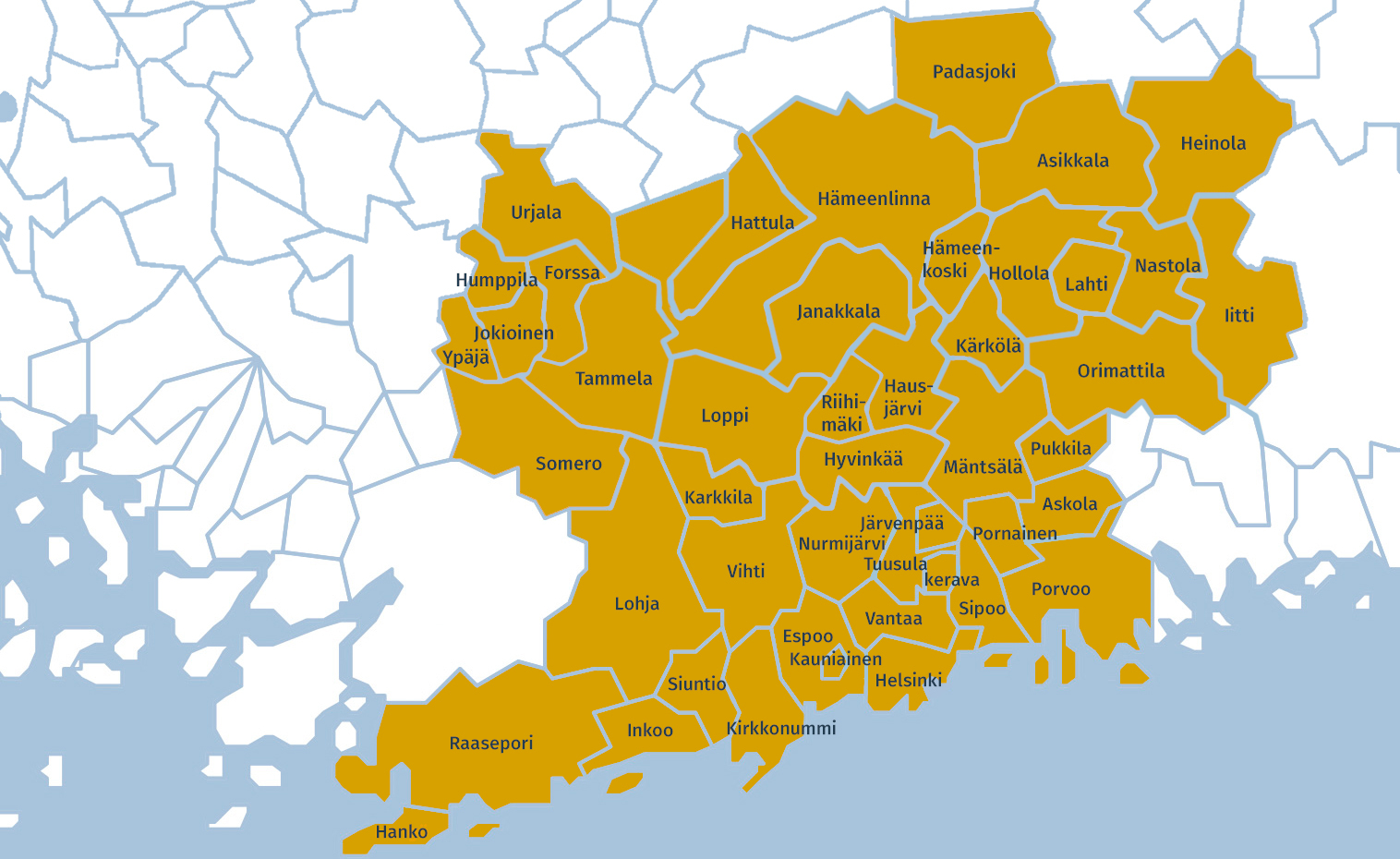 The Orthodox Parish of Helsinki is led by the Parish Rector. The parish is divided into several administrative areas and functions.

The Orthodox Parish of Helsinki is diverse in terms of its operations, languages used and operating area. The parish covers the Uusimaa region from Hanko all the way to Järvenpää and Porvoo. The parish has 17 places of worship all over Uusimaa. The Uspenski Cathedral is not only the main cathedral of the Orthodox Parish of Helsinki, but of the Diocese of Helsinki as well. You can check the exact location of the various places of worship on the map found in the “Temples” section.

How do I become a member?

If you are not already a baptized Orthodox Christian, Before joining the Orthodox Church, potential members go through the so-called catechumenate period. Read more

The history of the Orthodox Parish of Helsinki can be traced back to August 26th 1827, the consecration date of the Holy Trinity Church. The roots of the parish date back to Finland under Russian rule, when the parish consisted mainly of Russians living in the Helsinki region. Over the years, the parish has changed so that the majority of its members speak Finnish. 15 percent of the members of the parish speak Russian as their mother tongue.

Little by little, the number of members in the parish has grown, and the parish has expanded its operations also outside Helsinki, especially since the late 1960s.

Today, the Orthodox Parish of Helsinki is diverse in terms of its operations, languages used and operating area. The parish covers almost the entire Uusimaa region, and worship services are held from Hanko all the way to Järvenpää and Porvoo.

The period in Finland’s history from moving under Swedish rule to being ruled by Russia was a turning point also for the establishment of our parish. The centuries-old roots of the Orthodox Church extended now also to Southern Finland. The Orthodox population in Helsinki continued to grow especially because of the soldiers positioned in the city and because of the civilians and Russian merchants that settled in Helsinki in the early 19th century. Proper Orthodox life also started in Helsinki at that time, even though members of the Orthodox Church had settled in the Uusimaa region already during the pre-war period. Because of the growing Orthodox population, the temporary places of worship in Helsinki had become insufficient, leading to plans to fund the construction of a new temple. The plans had the support of the Emperor of Russia, but private donations were also used in building the temple. August 1827 is considered to be the starting point of the parish history, as this is when the Holy Trinity Church was first consecrated.

The first few decades were a time of moderate growth

During Russian rule, the parish consisted of both permanent residents living in the parish area as well as of members that had temporarily settled in the region, thus increasing the population of the parish. In the early years, the parish had about six hundred members. Most of the members were Russian, and only about one third were civilians. The parish covered almost the entire Uusimaa region, but the population and life of worship were centered mostly around Helsinki.

In the 1950s, the large-scale migration waves from the countryside to Helsinki caused the parish population to exceed 10,000 members. The parish also started to become more and more Finnish at this time, thanks to the evacuees that settled in the Helsinki region, among other things. Due to the increasing number of Finnish members in the parish, the parish started holding worship services in Finnish at the Uspenski Cathedral, and the Slavic services were moved to the Holy Trinity Church in the 1990s. The growth in the number of parish members, which started in the late 1940s, was at its strongest in the 1990s, especially because of immigration and the relatively large number of new members joining the parish. At the turn of the 21st century, the number of members in the parish had already more than doubled.

The parish population has continued to grow steadily after the turn of the millennium. In recent years, the number of members in the parish has been around 20,000.

New places of worship enabled the expansion of operations

The growth of the population has led to the expansion of operations and life of worship for the parish, which in turn has resulted in the construction of new operational centers and places of worship over the years. The parish’s oldest places of worship, the Holy Trinity Church, Uspenski Cathedral and Hanko Church, were all built in the 19th century.

The expansion of operations outside Helsinki did not properly start until the late 1960s, when new operational centers, temples and chapels were built all around the large parish, which covers almost the entire Uusimaa region.

At the end of the 1990s, new operational centers and temples were erected in the Helsinki Orthodox Cemetery and the Kaunisniemi Camping Center, as well as in Lohja, Järvenpää, Porvoo, Klaukkala, Vantaa and Espoo. There are also numerous places of worship maintained by other communities in the parish area in Helsinki, Espoo, Kirkkonummi and Nummela, among other places.

Over the decades, the parish has grown into a diverse community that provides a spiritual home for its multicultural group of members.

The highest decision-making power in the parish is wielded by the Parish Council, which is appointed by election. The council holds two stated meetings every year. The financial statement of the parish is discussed in the spring meeting, and the budget is handled in the autumn meeting. In addition to these two stated meetings, the Parish Council may convene when necessary when summoned by the chairperson.

The parish’s statutory committees include the Property Committee and the Electoral Committee. The committees operate under the authority of the Parish Council. There are also commissions operating within the parish appointed by the Parish Board, whose rules of procedure are approved by the Council.

The inspected minutes of the Parish Council’s meetings are posted on the parish’s notice board approximately one week after the meeting. The minutes are also published on the parish’s website after they have been inspected. (link to Finnish website) (linkki johtaa suomenkielisille sivuille).

Join the parish and have an impact

As a member, you can participate in the parish’s activities in numerous ways, such as influencing things by working in a position of trust in one of the parish’s bodies, or by acting as a volunteer in different areas of the parish.

The Parish Council elections are held every four years. All members of the parish who are at least 18 years of age can run as candidates in the elections in the electoral district determined by their place of residence.

The next Parish Council elections will be held in 2019. After the elections, the Parish Board, committees and commissions are also appointed for the next term. The role of churchwarden is also a position of trust.