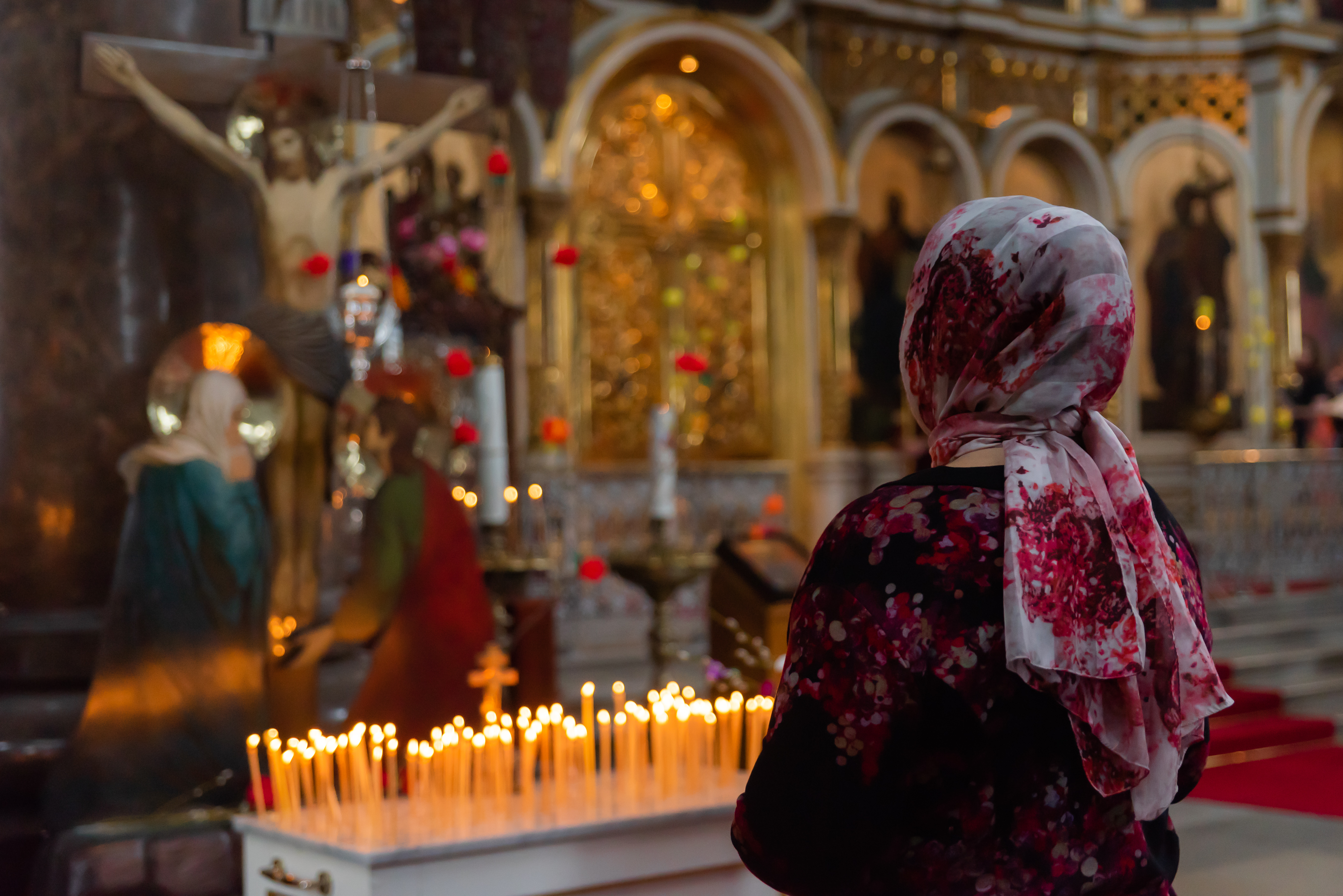 Service performed on the eves of Sundays and of major liturgical feasts, consisting of the three different services, that of Vespers, Matins and First Hour.

Matins is a worship service performed mainly in the morning.

Vespers is performed in the evening. It is the first service of the Daily Cycle of the Orthodox Church. Vespers tells of the creation of the world, the first human beings falling into sin, and the start of the Savior’s work of redemption.

A memorial service for the departed. All those present may bring the names of their departed loved ones to the General Panikhida to commemorate them.

Parastas is the Great Panikhida, a memorial service for the departed that includes the services of Vespers and Matins.

The Lity is a fervent communal prayer held on the eves of Sundays and holy days at the end of Vespers, where the whole church petitions the Saints to pray to God on our behalf. The Lity ends with the blessing of bread, wheat, wine, and oil. The Lity may also refer to the last part of the memorial service for the deceased; prayers and hymns for the departed Christian.

A prayer service that mainly consists of reciting the Jesus Prayer, “Lord Jesus Christ, Son of God, have mercy on me, a sinner.”

The Holy Unction (anointing of the sick) is performed during the Great Lent, among other occasions. All members of the Orthodox Church may receive the Holy Unction.

Akathist is a hymn dedicated to the Mother of God, the Savior, a Saint, a holy event, or God’s Creation. The Akathist is usually sung standing up.

A holy service performed by water, for example when baptizing a person or blessing a home. The water is sanctified by the mercy of the Holy Spirit.

Divine Liturgy of the Presanctified Gifts

The Divine Liturgy of the Presanctified Gifts (also called the Presanctified Liturgy) is performed only during the Great Lent. The liturgy was compiled by Saint Gregory Dialogus. During the service, the faithful are given the Holy Gifts (the Eucharist) sanctified on the previous Sunday.

Washing of the Feet

The third service of the Daily Cycle of the Orthodox Church. The Midnight Office is held around midnight, and it consists of psalms, prayers and a short Fervent Litany intoned by the priest.

The Easter Vigil consists of the Midnight Office, Matins and Divine Liturgy. The Acts of the Apostles are also read in the church before the Easter Vigil in many parishes.

On the fortieth day after birth, the mother and child are invited to the church for a prayer service, thus starting the child’s life of worship.

Confession refers to the performing of the sacrament of repentance, which can be done in a hospital or in a nursing home, for example, at the end of which the penitent can partake in the Holy Communion.

A procession where the participants carry a lantern, cross, banners and icons around the church or from the church to a body of water, for example.

According to Church tradition, the child is given a name on the eighth day after birth. The priest blesses the child and recites the special naming prayer.

A prayer service where water is sprinkled to sanctify the home in the name of the Father, Son and Holy Spirit.

Praasniekka (also known as prestolnyi or prazdnik) is the Slavic name for a church festival held in honor of the church’s patron or holy event after which the church has been named and sanctified.